Out of My League

I was looking for the hat that Lindsey Vonn was wearing after she won gold in the Downhill. If that link doesn't bring it up, it was photo 26 when I was looking at it. Either way, it is the cream colored hat with USA and the olympic rings and a pompon. A friend mentioned it to me at Knit Guild today. Anyway, while trying to see what it looked like and wondering what Ralph Lauren would charge for one (doesn't look like it is for sale, maybe after the games are over?) I do see that they are selling the opening ceremonies sweater... 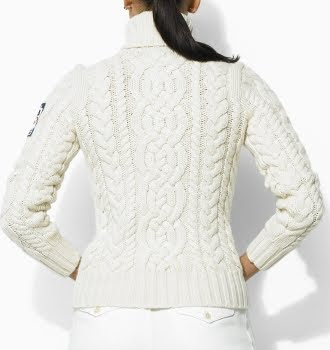 Babies R Us in Bethel Park today. I was in line, you were... over there. I think it was you, at least. I didn't have Lil'onE with me. Otherwise, I would have gone up to you and said, "Hi. It is me, is it you? I really would like to have a friend with a baby. I really think we could get along. I'm not creepy, see?" But then again, that might have been creepy.

So I bought my baby food and moved along.

As a side note. BrU sells Earth's Best for 89 cents and GE sells the same jar for $1.09. I tell myself that I am saving money by going to BrU, but after I spent $100 to buy 27 jars of food (and a bunch of other stuff that was on sale but I could have lived without) I am not so sure. Funny how that works.

And I know that there are plenty of people that live in places that get snow as a regular part of their winter and that these same people are shaking their heads in amazement at the paralysis a couple feet of white stuff has caused in this area of the country. But really, it is getting a bit ridiculous, all this precipitation! I am afraid that we aren't going to go back to school before Easter and then the kids will be in school until August! At some point we have to make peace with a snowy winter and move on. PLEASE!

Ok. I have to take the boys to impound their cars for the pinewood derby tomorrow and then we are camping out to watch the opening ceremonies of the 2010 Winter Olympics. I will cast on for the Romantikk cardigan (rav link) for Lil'onE, too. Enjoy!
Posted by Heather at 5:59 PM 3 comments:

Just some poor pictures to show that every once in a while things work out!
I finished the sweater that INBA asked for 3 days before Christmas, "Mom, I am cold. Will you make me a warm, red, long-sleeve sweater for Christmas?"
Negotiate, negotiate. He gave me until Valentine's Day.
Ta-Da! 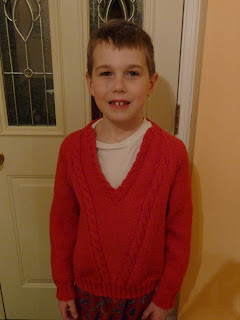 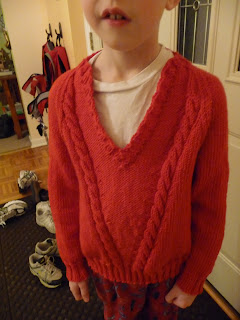 I started with a Bernat pattern from 1967, converted it into the round and consulted Elizabeth Zimmerman for the raglan shaping. He likes it! Even if he didn't like posing for it just before bedtime.

I should have said that I pinched that list off of someone else, who had pinched it from another blog... as it goes on the internet :) I am glad you enjoyed it. I know I did.

We had huge snow here in the 'burgh over the weekend. #4 biggest snowfall on record. The weatherguys are calling for another 4-8 inches on top of the 22+ that we just got. Needless to say, there was no school today. But there are big snowbanks and tunnels and errant snowballs everywhere you look. 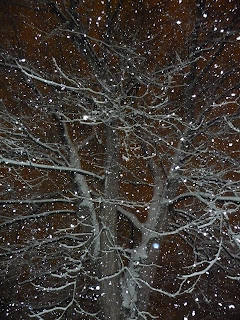 School has been cancelled for tomorrow, already. I will be surprised if we have school on Wednesday, too. The roads are not cleared well and the next snow is supposed to get here tomorrow and no temps above freezing in the near future. It is like being a little girl in Northern Michigan all over again! [what is it with all the little girl references on this blog lately... Lil'onE has infected us!] It is winter in the best sense of the word. 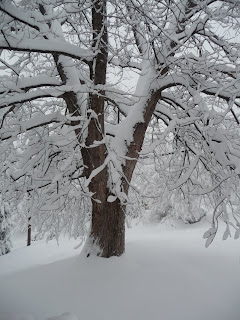 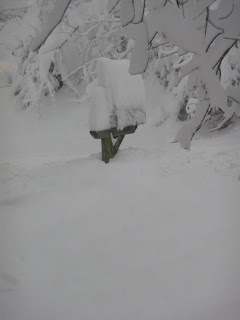 IF YOU WERE A LITTLE GIRL IN THE 70'S...
1. You had that Fisher Price Doctor's Kit with a stethoscope that actually worked.
2 You owned a bicycle with a banana seat and a plastic basket with flowers on it.
3. You learned to skate with actual skates (not roller blades) that had metal wheels. This included the kind you attached to your regular shoes.
4 You thought Gopher from Love Boat was cute (admit it!)
5. You had nightmares after watching Fantasy Island.
6. You had either a 'bowl cut' or 'pixie', not to mention the 'Dorothy Hamill' People sometimes thought you were a boy.
7. You had rubber boots for rainy days and Moon boots for snowy days.
8. You owned a 'Slip-n-Slide' , on which you injured yourself on a sprinkler head more than once. 9. You owned 'Klick-Klacks' and smacked yourself in the face more than once!
10. Your Holly Hobbie sleeping bag was your most prized possession.
11. You wore a poncho, gauchos, and knickers.
12. You begged Santa for the electronic game, Simon.
13. You had the Donnie and Marie dolls with those pink and purple satiny shredded outfits, or the Sunshine Family.
14. You spent hours in your backyard on your metal swing set with the trapeze.
15. The swing set tipped over at least once.
16. You had homemade ribbon barrettes in every imaginable color.
17. You had a pair of Doctor Scholl's sandals (the ones with hard sole & the buckle).
18. You also had a pair of salt-water sandals.
19. You wanted to be Laura Ingalls Wilder really bad; you wore that Little House on the Prairie-inspired plaid, ruffle shirt with the high neck in at least one school picture;and you despised Nellie Oleson!
20. You wanted your first kiss to be at a roller rink!
21. Your hairstyle was described as having 'wings' or 'feathers' and you kept it 'pretty'with the comb you kept in your back pocket.When you walked, the 'wings' flapped up and down, looked like you were gonna 'take off'.
21. You know who Strawberry Shortcake is, as well as her friends, Blueberry Muffin and Huckleberry Pie.
22. You carried a Muppets lunch box to school and it was metal, not plastic.It had a thermos inside. Some were glass and broke the first time you dropped them.
23. You and your girlfriends would fight over which of the Dukes of Hazzard was your boyfriend. 24. YOU had Star Wars action figures, too!
25. It was a big event in your household each year when the 'Wizard of Oz' would come on TV.Your mom would break out the popcorn and sleeping bags!
26. You often asked your Magic-8 ball the question: 'Who will I marry.Shaun Cassidy, Leif Garrett, or David Cassidy?
27. You completely wore out your Grease, Saturday Night Fever, and Fame soundtrack record albums.
28. You tried to do lots of arts and crafts, like yarn and Popsicle-stick God's eyes, decoupage,or those weird potholders made on a plastic loom.
29. You made Shrinky-Dinks and put iron-on kittens on your t-shirts!
30. You used to tape record songs off the radio by holding your portable tape player up to the speaker.
31. You had subscriptions to Dynamite and Tiger Beat.
32. You thought Olivia Newton John's song 'Physical' was about aerobics.


Obviously, I am a Heather born in the 70's. (that should have been on the list... you are a girl born in the 70s and you are named Heather, Jennifer, Lisa or Amy!) But Strawberry Shortcake, The Osmonds, and Shrinky Dinks are back in style!
Posted by Heather at 5:21 PM 4 comments:

The teeth, that is.

Big girl had a good 9 month check up. 19lbs and 14oz. I forgot to ask how tall, she is in the 80th percentile, though.
The pediatrician thinks she may go straight to walking. She has plenty of muscle and no reason not to be crawling... if you don't count the three men that wait on her hand and foot!
Oh, and she cut one tooth the day before her appointment and the other the day after. Whew! Now she is chewing on a finger shoved way back by her left molars... ugh.